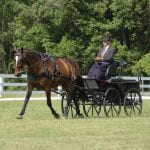 Most people think of transitions as that moment when your horse goes from one gait to another, such as a walk to a trot. However, that interpretation sells the importance of transitions short and also explains why so many people and horses have difficulty with their transitions.

A transition should be viewed as a multi-phase event: 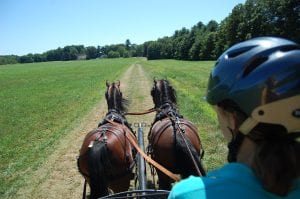 No Definition of Place

Choosing a place where a transition will be complete allows the equestrian to evaluate how long the horse needs to make the transition, and the quality of the movement both before and after, the transition. Of course, that can lead to another common pitfall in transitions.

A Rigid Definition of Place 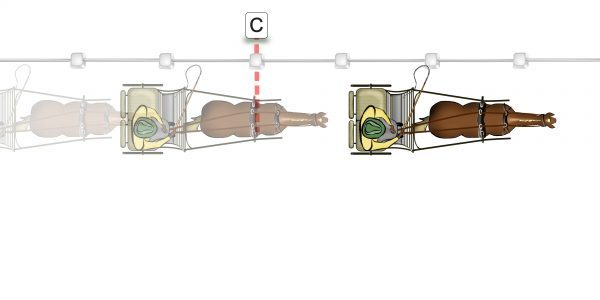 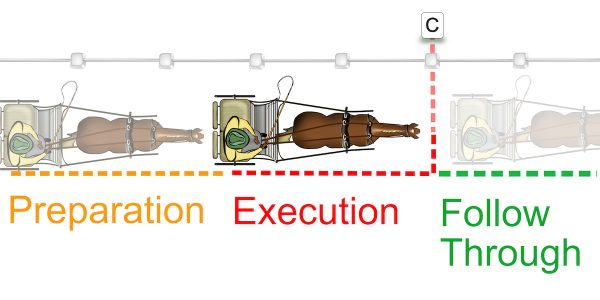 The most useful tool for preparing for a transition is a half halt. Half halts aren’t just for halting. Half halts prepare a horse for an upcoming movement, regardless if that’s a change in gait upward or downward, or a change in direction. Having a good clear half halt established allows you to inform your horse of an impending change in movement.

A Half Halt has to be built from the ground up. 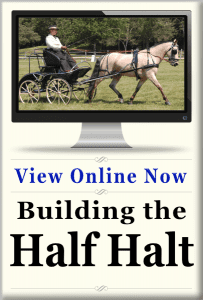 It’s important to understand that half halts don’t just exist in the universe, waiting to be pulled out of the air at any time you want to use them. A half halt is something that is developed between both in the horse and the equestrian. It takes a little time, patience, and some specifically-focused training.
Take the time to work with your horse methodically through a lesson plan that is just about building the half halt. Setting out to define the half halt as the only goal for a training session allows you deconstruct every aspect of the half halt, and put it together as an effective tool for training. (see my Half Halt Page for more info)

Specific work on transitions will mean that you’ll get your horse right into his best walk, trot, or canter the moment that you ask for it, rather than a dozen strides later.  That will give you the flexibility to focus on the next movement you should be focused on. After all, great gaits don’t necessarily create great transitions, but Great Transitions will always enhance all of your horse’s gaits.