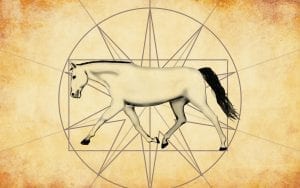 Here’s a rare experience for me; Sitting down on a Sunday morning with coffee doing some reading. It’s rare because Sundays are not usually my low activity days for me. During the year I’m usually pretty engaged in some activity on weekend days.

Sunday mornings usually involve getting up a little earlier in the morning than I’d like to, then going out and teaching. That could mean a lot of things. I might wake up in a hotel or a new friend’s house “somewhere in North America” because I’m teaching at a clinic, or judging at a competition. Just as often I wake up in my rolling house at my favorite drop-zone (skydiving center), ready to teach more people how to plummet toward the earth with some form of control and even poise.

Either way, sitting with coffee, following where my mind might wander on the web isn’t usually my Sunday morning modus operandi. But it’s mid-November, so the weekend is mercifully quiet.

Today, I happened to follow down a path to Kip Mistral. Kip’s website is a collection of articles and ruminations on dressage and horse training with an eye toward the neoclassical end of the art.

Finally, someone else who writes long! This isn’t exactly what you would call “light reading.” The articles really dig quite deep into their topic. I’ll admit, I was lazy reading. I’d open an article because the title intrigued me. I’d start reading but then shift into scanning mode picking up the highpoint of each paragraph.

I happened on this article about the geometry of the riding arenas and how it relates to exercising the horse:

SACRED GEOMETRY AND THE FIGURES OF THE MANÈGE

It’s quite an interesting read with reference to really ancient references going back to Xenophon around the time of 430 BCE. It talks about how the figures one makes while schooling a horse allows the horse and rider to develop their skills together as one. Of course, I like it because it helped me understand why the lesson plans I’ve been developing for the past ten years are so effective. But the line that really popped off the page for me today was:

“All movement begins with its antithesis, immobility.”

That one sentence jarred me from my half-witted daze like someone walking up behind me and giving me a nuclear dope-slap. It brought my scanning to a full stop, and I read the sentence, then the paragraph, then the whole article again, this time carefully taking it in.

The paragraph is probably one of the best-written descriptions of the halt I’ve seen. It describes the halt as something that is roiling with energy and potential. It reminded me of a debate I had with someone at a judge’s clinic:

“Does the halt have impulsion?”

The judge that I was having the debate with was firmly in the “no” camp on this subject. She felt that impulsion was 100% about movement, and the halt was 100% about immobility, therefore the two were mutually exclusive. I couldn’t disagree more!  Impulsion is a combination of four elements:

Only one of those four tenets refers to actual movement. The other three refer to how the horse is using his body. The horse still has to use his body in the halt. It’s not an end to movement, it’s the collection of all movement into an energetic ball of potential.

As thoughts and associations wander this got me to thinking about the stand training that I do with horses. The times that I place that training as the highest priority, and put it to the greatest use is when the horse is the most energetic. After all, it was a pair of renegade ponies who’s energy it was thought could not be contained that forced me to develop the training in the first place.

The mistake that people often make in how they approach training a horse to stand is that they assume that horse has too much energy to contain. They go about exercises and movement that is designed to dull and wear down that energy until the horse “wants to stand.”

If that is what it takes to get a horse to stand, when do you get to do all of the other fun things that involve moving?

If you have to do 30 circles, 15 shakes ropes and 10 submission backs before you can get on to work your horse, where are you going to find the time and energy to work the horse? Speaking of energy:
If you’ve just spent all that time wearing the horse’s energy down to make him compliant, where are you going to get the energy needed to make great movements when you are done standing?

After all, is it more important to have the horse paying attention to you when he’s tired or lazy, or when he’s the keenest and energetic? It’s when the horse is the most wired and energetic that he’s likely to pull some bonehead maneuver that’s going to get the two of you into a sticky wicket. So that’s the time that it’s most important to get and hold his attention.

This is why I resent, hate, loathe, detest and vehemently disagree with the whole concept of lunging-down horses before working them. It only accomplishes negative things in my mind. It starts when the horse comes off the trailer or out of the stall in full-stupid mode. So his person goes about lunging the stupid out of the horse. This sends the message: “Hey when you’re feeling your oats, go ahead and run it off a little. In fact, here’s a format in which I’m going to encourage this behavior.”

Now the horse thinks that this is the standard. When he feels the stupid, he gets to act upon the stupid. In fact, it’s his right to do this, and if he’s deprived of that right his right to be foolish has been trespassed.

Change the context and circumstance to a place and time where lunging-down is not possible, and you’ve got a big problem on your hands. Now the horse is energetic, excitable, and angry that he doesn’t get to express his full range of twisting bucks and yahoos at the end of a dope on a rope.

Secondly, the movements he makes at the end of the lunge line in the circumstances seldom resemble anything we’d like him to do in the harness or under saddle. They zoom around counter-bent, legs going every which way while the person has no means to influence his movement in any meaningful way (there is an article coming on the difference between lunging and long lining, and why you should never bother with the former.)

Finally, as I already mentioned, all of that energy expended on the end of the rope has been wasted.  If I’m giving you a lesson, I’m going to ask you and your horse to do things that take both physical and mental energy.  Dispensing all of that valuable energy in the first 15 minutes of poorly behaved “work” means that we won’t have it to put toward good skill-building work.

For example, perhaps we are working on getting your horse to go straight.  That’s most likely going to involve quite a few transitions to and from the halt which require physical energy.  More importantly, it’s going to take focus.  If we can’t get your horse to hold still at the halt, we’re not going to be able to get him to balance himself in the halt.  If we can’t get him to stand in balance, the forward movement afterward is going to be equally unbalanced.  If the forward movement is unbalanced it cannot be straight.  This is just one example of how the quality of your horse’s movement stems from the quality of his immobility.

When I encounter a horse in full-stupid mode, I go straight to my stand training. In most circumstances, it takes the same 10 – 15 minutes that it would take someone else to get the horse’s attention by lunging him down. Of course, I get the benefit of having the horse’s complete and undivided attention when I’m done with the stand training, which isn’t usually the case with a horse that has been lunged down.

Occasionally the horse doesn’t come to terms with the training quite so quickly. When that happens, the whole lesson is about the stand training. The utility and value of that training is far greater than any movement we had planned to be training that day. It will go on to serve both the horse and his rider or driver for years to come. After all, “All movement begins with its antithesis, immobility.”

Well enough with that tangent. If you’re looking for some not so light reading to get lost in, take a look at Kip’s sight. I’ll be off on another tangent that I’ll share with you soon.

I wholeheartedly agree, 95% of lunging is anti-training for horses. “Full stupid mode, with a dope on the end of the rope,” had me in stitches!
I’ll be passing this link along. Thanks for the excellent perspective.

Glad you enjoyed it!

I have been told by some very experienced and respected instructors that to teach the horse to stand I must circle back when the horse moves from my chosen point. I did try this, but found it didn’t work for this particular horse. I maintained that moving in the circle back to the chosen point was a reward for her, as it achieved movement. I was simply told to continue doing it and she would get tired eventually. I held my tongue, there only so much a student can say to an instructor and not be considered argumentative! To me it was counterintuitive to reward her impatience with the exact thing she wanted….movement, albeit in a circle. So, instead, when I was at home, for every step forward she took, I would rein back to the same position. However, now I see that even that is inadequate to address the issue, that I need to get out of the harness and start back at the beginning to teach her the really important lesson. That standing is the first movement to be taught! I also read the pair of ponies piece and your chalk marks on the ground. I’m not sure if I’m that dedicated to the stand, but perhaps I need to be! If I’m not, why should my horse see it as a priority? Hmm….I think today’s lesson will be to get the horse (and me) to stand. The real test for me will be to stop there and return the horse to the paddock!

Yes indeed Heidi! I think that one change in the approach makes a huge difference in the horse’s mind. It often surprises me how quickly the horses that I do the stand training with pick up on it. Even really opinionated horses don’t take long to notice that you’re after something very specific.
Also true that it’s tough to have the personal discipline to put the horse away right after the initial session or two. When they get it, they are soooo good afterward!

So interesting a concept and it makes a lot of sense! As newbie to driving I’ve realized that the horse is the ‘engine’, the driver is the ‘transmission/steering/acceleration-deceleration’ guidance system and now, after reading this, a halt with ‘potential energy’ is like sitting at a red light with a manual transmission; you’re “stopped” but are ready to move off when that foot comes off the clutch……………….