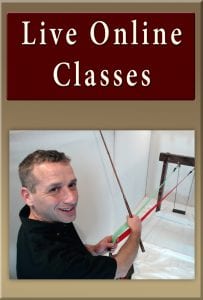 The idea started out simply enough.  It went kind of like this:

I had a handful of students that were entering their first or second season of combined driving.  They were all pretty new to the sport, so didn’t know much about how the rules worked, and some of the things they should be doing at home in between lessons to get ready for the season.

The trouble was, we all had busy schedules, and if I got an hour of a student’s time, and the student had an hour of my time, what do think we wanted to do with that time?  Work ponies of course!  That was far more useful and interesting than spending time talking about all the little details like figuring out how to calculate times for the marathon.

Since they all had the same questions and needed the same coaching, I wanted to get everyone together so I could go over this coaching once.  That would also have the benefit of my students also hearing each other’s questions that they didn’t think to ask.  The problem with this plan was that these students were spread over three different states, and many of them had these annoying things to schedule around like jobs and families (I guess I’ll never understand why people get those things.)

So I had an idea.  We could get together for an online meeting.  That way we could do it in the evening when the ponies were all put away snug as a bug in a rug.  No one would have to drive for an hour or two, and we’d get to cover all the information together.

Since geography and scheduling were less of an issue, I invited a few of my other students from further afield.  People that I worked with at clinics a few times a year.

The meeting was a success.  It was technically easier than we all expected it to be, and we were able to cover a lot more information than just doing the marathon times.  Everyone, including myself, was surprised at how effective the lesson was.

That got me to thinking.  There’s a lot of stuff that doesn’t necessarily come up in lessons, even with students who take several lessons a week.  Not just technical stuff like how to get ready for a competition.  So the online classes were born.

Can you really learn about training horses online? 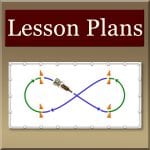 I’ll admit that I wasn’t alone in being skeptical about how much could be taught without live horses and drivers on hand.  But as the classes have evolved, we’ve all seen just how much we can accomplish in an evening of learning.  Of course, the lesson plans help a whole lot to bring the learning to the barn!

Pretty much, all of the students that I teach in traditional lessons participate in the online classes. They understand more about the concepts that I’m teaching because they’ve taken the classes.

When I give clinics around the country, many of the students have already been working on lesson plans that I’ve given out during the classes.  That gives us a great place to launch our lessons from since we’re on the same page.  Of course, once the clinic is done, they get to continue the learning online.

Even drivers that I’ve never met in person tell me about the successes they’ve experienced because of what they’ve learned in the classes.  They’ve helped people choose a direction to focus their training, and the steps to take to make it work.

The subjects I choose come from what I find I wish I had more time to teach during lessons.  Often they start with an article I’ve written and build out from there.  We’ve covered a wide array of subjects from basic equipment maintenance to complicated training concepts.

One last thing.  If you’ve had success with these classes, why not share that success in the comments section below?  You might just help someone take that step forward by encouraging them to sign up for classes too.  Let’s help each other make this season a great driving season!

Hi Andy!
First, I wanted you to know how much I have been enjoying your on line classes. (I am fairly new to Combined Driving.) I have taken the “Stand”, ‘Rein Handling’, ‘Contact’ and ‘Outside Rein’ classes as well as the ‘Half Halt’ archived class. Because we’ve had such a bad winter, the only class I’ve really been able to work on is the ‘Stand”. (I don’t have an indoor and it’s either too cold, or when it warms up, it’s too muddy.) I’m having great success with the stand exercises. I have a Haflinger mare. She will stand now, with the lead rope on the ground, while I groom, do around the world, go get the harness out of the tack room, harness her and do around the world again…all without moving! We’ve progressed to the point that yesterday, I worked on having her stand while my husband got in the cart with me (this is when she usually gets really antsy). He got in, we waited, got out, we both told her she’d just won the super bowl 😉 , then put her away. Only 2 small corrections the entire time…and that was before he got in!!! YAY!
I’ve also been doing the rein board exercises from the Rein Handling class. Hoping to be ahead of the game if and when the weather decides to cooperate!
I just signed up for the “Runaway” class, too.

I do have a bit of a problem though. I took the survey, but I forgot all about being able to get a discount on future classes. And now, I can’t find my code. Can you send that to me, or tell me where to look for it please?

And along the lines of the survey. As a relative beginner, I think it would be helpful if you could give us an idea of where to start. Maybe list the classes in some sort of order?

I can’t wait for the weather to break so that I can work on the other lessons! But like I said, it would really help to know for sure where to start.

Thanks for the note Teri. I’m really happy to read about all the good work you are getting done with your mare. Spring will be here soon, so you’ll get to practice all the other fun things as well.
As far as the order of lesson plans go, well that’s something I’ll have to give a little more attention to. Each lesson plan is written such that it can stand on its own. Of course, some lesson plans go better if there are more building blocks in place.
I’d say the core lesson plans are the Dial Lesson Plan, Building the Half Halt, and Developing the Walk.