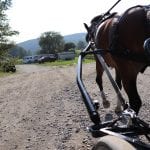 Is working your horse longer setting your training back? It’s easy to fall into the trap of thinking more = more, but that may be doing more harm than good. Getting the most of your workout may mean quitting while you’re ahead. Read how I was reminded of this by a new horse in my training.

I’ve been surprised at how many horse enthusiasts aren’t aware of the training scale. Of the ones who are, many view it as an overly complicated, strict set of ideals that can’t possibly be reached, held up by FSDQ’s (Fun-Sucking Dressage Queens.) I don’t have anything against dressage, or dressage queens. Just people who latch […] 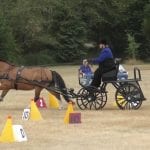 I got a great little success e-mail last week from one of my west-coast students, Deb Holmes.  She’d just finished up the Equestrian Institute Combined Driving Event in Ethel, WA where she won her division.  The note read: RE: “There’s no place like home”  Andy, Thank you again for all your words of wisdom, catchphrases […] 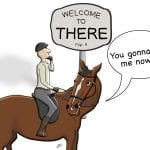 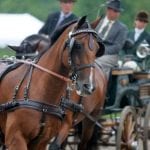 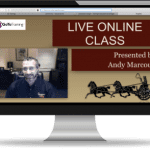 … and where it’s going! The idea started out simply enough.  It went kind of like this: I had a handful of students that were entering their first or second season of combined driving.  They were all pretty new to the sport, so didn’t know much about how the rules worked, and some of the […] 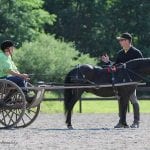 You can get a lot out of one lesson, but when you combine that with followup lessons the rewards are exponential. Read how quickly the benefits add up. 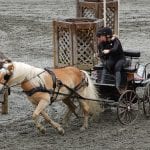 Every spring for the past, well I don’t know how many years, I’ve traveled to Green Mountain Horse Association (GMHA) for their Combined Test and Arena Driving Trial.  For me and my students, it’s a perfect way to start the season. GMHA is a relatively small horse park in comparison to other horse parks that […] 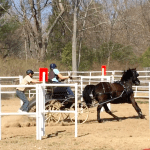 I gotta say, I had a really good time this past weekend.  Well, that shouldn’t be that much of a surprise, since I was surrounded by some of my favorite people and ponies.  But I went into the weekend a little tentative. I’ve had this thought of hosting a driving camp for quite a while, […] 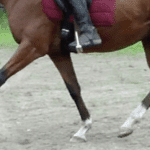 From time to time I get notes of thanks and other feedback in response to Online Classes or Lesson Plans here on the site. It’s really gratifying to read about how useful these classes are for people in such real terms. As you can imagine, I put a huge amount of work into the classes. […]